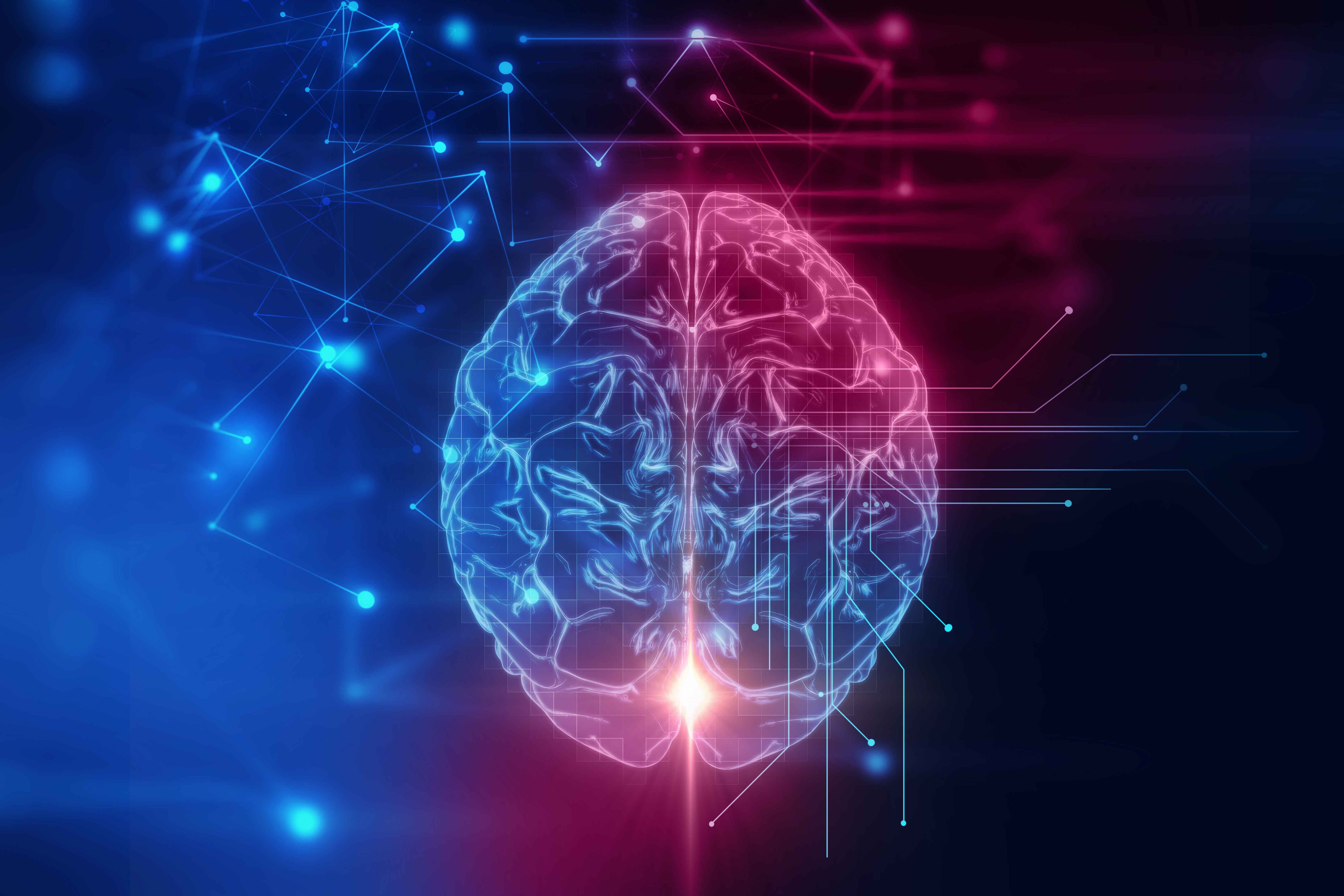 What were the key findings presented at the 8th Congress of the European Academy of Neurology (EAN), held in Vienna, Austria, on 25-28 June? Here, two leading specialists provide commentary on important studies, highlighting the implications for care.

For more details of the new findings presented at EAN 2022, see Neurodiem’s daily coverage of the event.

Attendees at EAN 2022 learned how a machine-learning based approach can predict anti-calcitonin gene-related peptide (CGRP) response in patients with migraine.

Dr Stefani commented: “This study has relevant clinical implications, although they might be applicable only to female patients (as 93% of the migraine patients included were women). Through a machine-learning based approach, demographic and headache variables predict response to anti-CGRP, enabling a first step towards individualized treatment.

“Potentially, based on this approach, different phenotypes of migraine patients could be identified, allowing in the future more effective treatment approaches.”

The absence of SVS was strongly associated with:

Also at EAN, new data indicated that the establishment of mechanical thrombectomy offers the possibility to enhance the etiological determination of stroke by histological and immunohistochemical analysis of retrieved thrombotic material (see box).

“Performance of this analysis whenever possible would likely help in identifying stroke etiology, particularly in patients with embolic strokes of undetermined source. In these patients, the presence of thrombocyte/fibrin-rich clots should increase suspicion of cardio-embolic origin and may lead to consequent changes in diagnostic and treatment algorithms.”

Professor Antonini commented: “There are limited data on BPV and HRV as potential predictors of future cerebro-cardiovascular events in acute stroke patients. This study analyzed 92 subjects who suffered a cerebro-cardiovascular event within 3 years, out of 437 subjects who suffered a stroke. Best predictors were systolic BP (OR 1.7) and non-linear HRV (OR 1.26), indicating that BP control is critical to prevent recurrence of acute vascular events following the first stroke.”

Researchers analyzed levels of sGFAP and serum neurofilament light chain (sNfL) – quantifiers of neurodegeneration and astrocytic activation – in 259 patients within 6 months of a confirmed Expanded Disability Status Score of 3 or more. The patients were followed up for a median of 7.6 years.

After adjusting for age and sex, the researchers reported that:

The findings suggest that, in this cohort of patients with progressive MS, higher levels of sGFAP were an indicator of progression, while higher sNfL levels reflected acute disease activity, the researchers concluded. Both could be used to more effectively stratify patients in research and clinical trials, they added.

Dr Stefani commented: “Markers of disease activity and progression in people with progressive MS are of utmost importance. This study assessed sGFAP, showing that it indicates disease progression in the next 6 months. This serum marker might be useful not only for its application in clinical trials, but potentially also to timely improve treatment strategies in people with progressive MS.”

Professor Antonini also commented on this study: “These results are important. A combination of both serum markers, that is relatively easy to test, could be used in the clinic to identify MS patients who have active disease and identify those who are at lower risk of progression.”

Retinal layer thinning after optic neuritis (ON) may be useful as a predictor of future relapse remission in relapsing MS, according to a new study presented at EAN 2022.

“Future studies should assess if treatment strategy changes based on OCT results after optic neuritis improve long-term patient outcomes. If so, this fast exam may be implemented in treatment decision trees.”

Dr Stefani commented: “Markers distinguishing people with subjective cognitive decline progressing to mild cognitive impairment (and eventually dementia) from those not converting are highly needed. Based on this study, Huntingtin intermediate alleles are promising as such markers.

“If their association with risk of progression to mild cognitive impairment is confirmed, they might be used in clinical practice, for example in memory clinics, to stratify patients according to risk of progression, and in the future might be included in diagnostic and treatment decision trees.”

Meanwhile, plasma pTau 181 was highlighted as a favorable non-invasive and feasible diagnostic tool to detect patients early in the neuropathological cascade of Alzheimer’s disease (AD).

Dr Stefani commented: “The suggested diagnostic tool is non-invasive and feasible. The presented results deriving from a large cohort suggest potential clinical applications of plasma pTau in the diagnosis of Alzheimer’s disease and its prodromal stages.

“This is particularly of interest in the light of the increasing focus on prevention of neurodegeneration in order to improve brain health.”

The specificity and positive predictive value of rapid eye movement (REM) sleep behavior disorder (RBD) screening questionnaires were found to be low to very low, in a prospective study presented at the EAN congress.

Dr Stefani commented: “Previous smaller studies and this large video-polysomnography based one by the SINBAR (Sleep Innsbruck Barcelona) group showed that the performance of RBD screening questionnaires is low outside the context of validation studies. If such questionnaires are used in clinical practice, general neurologists should be aware of the high number of false positives and be careful if communicating questionnaire results to patients.

“If diagnosed with ‘probable’ RBD based on questionnaires, patients may get worried about developing alpha-synucleinopathy despite not having a definite diagnosis of RBD, thus careful counselling is of utmost importance in this context.”

“General neurologists should be aware of the high number of false positives when using RBD questionnaires, and carefully communicate questionnaire results to patients.”

In other research presented at EAN 2022, specialists reported that disturbed sleep is a risk factor for cognitive decline in the elderly. Sleep efficiency, wake after sleep onset, and fragmentation index (P<0.01) predicted follow-up memory performance, in both unadjusted and adjusted models.

Professor Antonini commented: “Several studies have indicated that there is an increased risk of Aβ deposition with reduced night-time sleep duration, and that this may occur early before patients manifest cognitive impairment or significant Aβ deposition. This study evaluated prospectively a group of elderly individuals followed for 18 months.

In an innovative study, researchers developed a child-like robot Pepper for social skills training in children with social deficits. At the EAN congress they presented promising findings on children’s interactions with Pepper during the neurorehabilitation of social deficit.

Observational data showed that children became quickly engaged (within up to 3 minutes) with the robot. Survey results revealed a likability of 98%, while perceived safety was 83%, perceived intelligence was 81%, and anthropomorphism was 64%.

Dr Stefani commented: “New technologies and artificial intelligence are part of modern medicine. The approach described here for neurorehabilitation of social deficit in children is an interesting idea which may provide and stimulate interaction in a kind of ‘protected’ environment.

“It would be of interest to assess changes in social interactions in the long-term using this approach, to evaluate the potential benefits of integrating the child-like robot Pepper in rehabilitation programs.”

A study in Northern Italy showed a significant increase in Guillain-Barré syndrome (GBS) from March 2020–March 2021, compared with the previous year, supporting previous studies suggesting a relationship between COVID-19 and GBS.

Professor Antonini commented: “Since the COVID-19 outbreak, evidence suggested the presence of an association between the spectrum of GBS and severe acute respiratory syndrome coronavirus-2 (SARS-CoV-2).

“This is one of the largest systematic assessments in the literature. GBS cases from 14 referral hospitals in Northern Italy between March 2020 and March 2021 were collected and divided into COVID-19-positive and COVID-19-negative. As a control population, GBS patients diagnosed from January 2019 to February 2020 in the same hospitals were considered.

“These results indicate there is a link between COVID-19 and GBS, and prevention is important”

A study investigating the duration of pharmaco-resistant epilepsy in patients referred to the Brno Epilepsy Center for potential surgical treatment showed no decrease in the duration over time.

Professor Antonini commented: “There are several new treatments in epilepsy, but a significant proportion of patients are still poorly controlled. Surgical interventions are an important and often underutilized treatment in patients with drug-resistant focal epilepsy. Here, the authors review their experience in 384 patients who underwent intracranial surgery and 221 patients with implanted vagus nerve stimulation (VNS) between 1996 and 2020.

“In the three analyzed time periods, the duration of epilepsy before referral to the center did not decrease but the diagnostic process in the center shortened from 2.6 years to 1.4 years and, most importantly, more patients with non-temporal localizations were treated.

“These results indicate that surgical options are an important therapeutic option in all cases where medications cannot provide optimal control.”

The most frequent adverse events were infusion-site skin events, the majority of which were non-serious, mild/moderate in severity and resolved. Improvements in motor complications were observed as early as week 1 and persisted through week 5.

Long-term (102 months) safety results from the BeyoND study (NCT02726386) showed that continuous levodopa/carbidopa infusion with ND0612 was safe, with generally mild to moderate local treatment-emergent adverse events (TEAEs) that were reversible and manageable.

The most frequent TEAEs were infusion-site reactions, e.g. nodules, hematoma, infection, pain, and eschar, which were generally reversible and manageable.

Professor Antonini commented: “As Parkinson’s disease progresses, the therapeutic window of oral levodopa narrows and motor complications become common. Until recently levodopa could only be administered orally with multiple administrations a day and poor compliance. These two studies provide evidence of efficacy and safety of two different formulations of subcutaneous levodopa.

“Both formulations demonstrated long-term benefit with reduction of off periods and improved time with good mobility. The long-term safety profile is similar with injection nodules and erythema remaining the most common adverse events. In the future, we could imagine that subcutaneous levodopa infusion becomes first choice among device-aided therapies.”

Professor Antonini commented: “CANVAS presents in middle life as a slowly progressive ataxia, a sensory neuropathy, and a bilaterally impaired vestibulo-ocular reflex. The authors present a series of nine genetically confirmed carriers of biallelic repeat replication factor in the complex subunit 1. Given the availability of genetics, CANVAS should be considered more often in the differential diagnosis for late-onset ataxia and sensory neuropathy.”

Serum neurofilament light chain (NfL) levels are a potential biomarker of central nervous system (CNS) damage in myotonic dystrophy type 1 (DM1), according to the results of a pilot study at EAN 2022.

Professor Antonini commented: “Diagnostic biomarkers to assess either the severity of brain involvement or treatment response are needed in DM1. The recent availability of measuring serum NfL using an ultrasensitive immunoassay offers a relatively simple and sensitive biomarker of disease severity and/or treatment response in distinct CNS disorders.

“The authors demonstrated that NfL levels were positively correlated only with patients’ age but there were no correlations with cognitive, neuroimaging data, nor with other collected parameters. These results indicate that neurofilament light chain can detect brain involvement in DM1 and is a marker of neurodegeneration.”